Posted date: January 05, 2013 In: Alternative medicine, Shiatsu, Αρθρα (ΕΝ) | comment : 0
In Japanese, Shiatsu means “use of fingers to apply pressure”. Zen Shiatsu is the use of fingers to apply pressure that results in a special action through a meditative procedure; this turns the practitioner into a passive donor who harmonizes with the energy state of the receiver. The ancient Chinese medical theoretical background. which shares common principles with acupuncture, is integral in practicing Zen Shiatsu.

THE ORIGINS OF ZEN

The origins of Zen, which literally means “meditation”, can be traced to China and the Buddhist monk Bodhidharma who was born in 440 A.D in Southern India by Brahman parents. In 475 A.D., Bodhidharma settled down in China bringing with him Zen Buddhism, which was close to Taoism and the wisdom of ancient China.

Bodhidarma is said to be the founder of the art of Kung Fu. He used to say “The comprehension of nature is Zen… Thinking of nothing is Zen… Everything you do is Zen”. Instead of talking to his students about the purification of the mind, he encouraged them to notice the rocks, the movements of the tiger and the crane, the hollow trunks floating on the river. (1)

The basic tenets of Zen focus on internal silent meditation. Liturgical rites as well as rubrics included in holy texts should be met with indifference according to this school of Buddhism. Although it is said that Bodhidarma spent nine years gazing at a wall, Zen is characterized by active meditation that is practiced throughout all the activities of daily life. During the 12th and 13thcentury, Zen was introduced in Japan where it is established to this day. In the late decades of the 20th century, Zen spread to countries in the West. (2)

Zen Shiatsu was introduced to the western world in the 1960s by the Japanese Shizuto Masunaga. He was the person who elevated it into a system of active meditation that makes the practitioner an instrument of coordination of the receivers’ power. The practitioner’s guidance is relative to the receiver’s condition so they should perceive the receiver as a whole, starting with visual contact (body type), tension in movement and expressions in general and their background (health problems, hereditary predispositions, climate, work conditions, vices, nutritional habits etc.). Zen Shiatsu practitioners, apart from any conclusions they come to based on the aforementioned perceptions, have to rid themselves of any thoughts and lead themselves based on their senses to the energy state of the receiver.

The application of this method improves after constant practice and is maintained by the practitioner’s willingness for self-improvement. Their inner quest results in refining the care provided to the receiver by being more sensitive to the body as a whole and as a collection of parts.

When properly executed, the way the practitioner handles their own body (posture, positions, use of their instruments – fingers, hands, arms, elbows, knees, feet) ensures that muscular force is rejected in favour of passive intervention. This is achieved through the attractive nature of gravity and the intensity of the pressure applied is arranged based on what is required (invigorating – diffusing – soothing).

The original theoretical background underlying Chinese medicine is lost in the distant past; it is said that it was applied thousands of years before attempts were made to record it in written form, which began in 1.000 BC by the Yellow Emperor Hoang-Ti. (3)

The structure that frames the ancient Chinese approach to the nature of life and its coordination with the laws that govern it are based on four Principles. The first principle is connected to the fundamentals of life – cause- and is called TAO. Taoism is one of the most ancient basic schools of philosophy of ancient China whose introducer was Lao Tze in the 6th century BC. Whatever exists is part of TAO – this does not mean that it is a conscious being but it is rather a flow of energy.

The Tao that can be described

is not the eternal Tao.

The name that can be spoken

is not the eternal Name.

The nameless is the boundary of Heaven and Earth.

The named is the mother of creation.

Freed from desire, you can see the hidden mystery… (4)

The second principle is the content of TAO, which in Chinese is called KI or CHI and denotes energy. In particular, it deals both with its material as well with its energy dimension. We could say that KI is a power that unites, composes and gives life.

The third principle is the separation of KI in YIN (passive) and YANG (active) qualities in phenomena. These are two complementary opposites within a greater whole whose opposition results in setting in motion the energy (KI) that makes the classification of phenomena and objects possible. For example, heat opposes cold, light opposes darkness, good opposes evil, male opposes female, health opposes sickness and so on.

The following lyrics of Lao Tze describe accurately the relationship between Yin and Yang.

“When the people of the world all know beauty as beauty,

there arises the recognition of ugliness.

When they all know the good as good,

there arises the recognition of evil.”

Heracletus maintained that nature desires opposites because opposites are what results in its harmony and not what is similar.

The fourth principle is the theory of the five elements which examines the role of movements and changes in the macrocosm as well as in the microcosm helping the practitioner to harmonize the movement that keeps life in harmony and order.

The answer to the question “what does any holistic (5) healing system heal” the answer should be found in how each one of us has reached a point where the pressures applied to our being have led the body to destroy its more vulnerable parts in order to keep the balance and protect the most sensitive and important parts as a result of its biological – natural selection. The neurobiologist Gerald Huther mentions that “having as point of reference a disoriented society in which everyone thinks only of themselves, human behaviour is defined by cost-effectiveness and genes are omnipotent; all this has laid the ground for the development of this sort of (science-deification) redemptive theories. (5) Researchers would have to be saints in order to resist this temptation and explain that human beings themselves and not their genes are responsible for the ethical norms their lives are based on, now and forever”

Due to the state of modern healthcare and the rise in cases of depression, we are observing the reappearance of ancient healing procedures and hands-on methods. These methods make the patient responsible and liable for their own existence – contrary to established medicine that fragments patients into systems, organs, tissues and cells, ignoring the particularities of each patient as a whole.

The deep relaxation a Zen Shiatsu receiver falls into separates them from a stressful environment that causes disorders. Through this healing procedure, it could be said that the Shiatsu receiver relives the cause of the disorder (in some cases sooner and in other cases later) that profoundly affected their mental, emotional and corporal health.

1) The Zen Teaching of Bodhidharma
2) Dictionary of Philosophy by Theodossis Pelegrinis
3) In 1800 BC, during the Chang dynasty, the first medical scripts appear carved on turtle shells and broad bones.
4) The excerpts are from TAO TE CHING, transl. Kouropoulos, Kedros Publishing House,
5) They treat humans as trinitarian beings (body, soul, spirit) and focus on the cause that affects sickness and not on the result (symptom).
6)Gerald Huther, “The Evolution of Love”

The Center for Alternative Medicine & Holistic Therapies is a Liberal Studies Workshop which aims at teaching and promoting Alternative Therapeutic Methods. It was established in Corfu in March of 2005 by the Homeopathetic and Traditional Oriental (Chinese and Japanese) Medicine Therapist Mr. Christos Kontis. 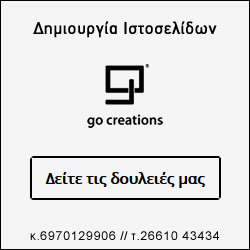